This morning I had a whole hour to myself, in between nursery drop offs. I was at a loss as to what to do, which is usually what happens when I find myself alone without my mini sidekicks. The day seemed nice enough, and on a whim I decided to dash to Marloes. I figured I had just enough time to get there and have a quick scout about for Choughs before returning to pick up JoJo.

I follow the road that leads west out from town , past the supermarket, along through the housing estates until the bungalows began to give way to countryside again. Eventually the road narrowed, as most Pembrokeshire coastal roads do, until it became a single track. As the fields whizzed past and the horizon became more sky and sea than land it began to feel a bit like I was driving to the ‘edge of the world’ 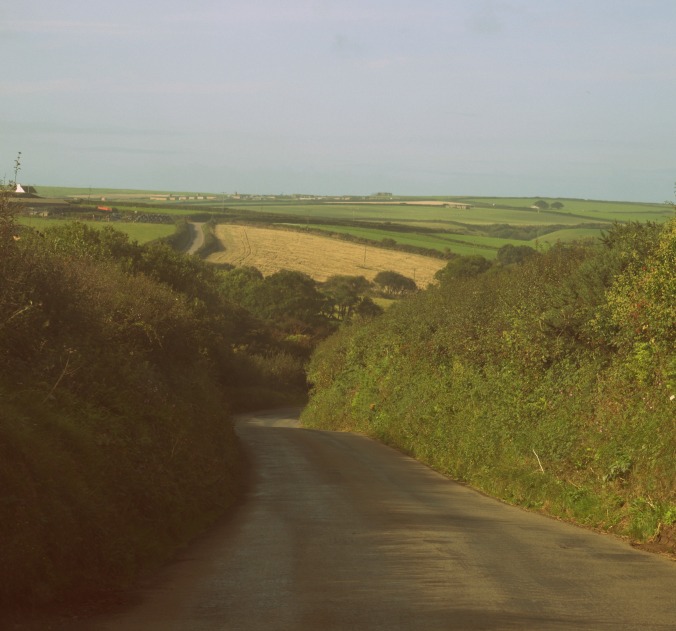 I paused by a gateway to let a tractor pass. Looking through I could see that only a few feet of arable land lay between me, the edge of the cliff tops and ultimately the sea crashing below.

The car park was already filling up, and being poor and on the dregs of maternity pay I couldn’t afford it anyway. I slipped past and continued down to the Fisherman’s cottage, tucking the car neatly behind a row of other penny pinchers.

A small party were waiting on the jetty for the boat to Skomer, and several tankers filled the bay. This is usually a sign of bad weather out to sea, and sure enough there were several black clouds hanging ominously far on the horizon.

From the Fishermans cottage the coastal path crosses a small stream, and follows a gentle slope up hill. As a reward for this short climb, you are greeted by this view (and, on days like today, the full force of any wind blowing in land).

Standing a few feet from the cliff edge you can watch the waves crashing against the  pebble beaches below. These little coves often serve as refuge for seals, and it is not unusual to spot a pup,  white fur gleaming against the grey rock, waiting for its mum to return from feeding. Today was not the day to lean over the precipice to take a closer look.The wind threatened to knock me clean off my feet, and the edges of the path look a lot more eroded than I remember them to be.

Is there a pup in this photo??!

To me the Pembrokeshire coast line is quite a magical place. Here you can see the full power of Nature at her best and worst. The full force of the wind, unimpeded by land for thousands of miles, blows away any everyday worries. Everything mundane suddenly pales and shrinks against the backdrop of this great, unpredictable swirling body of water.

Turning right I headed back inland, hoping against hope to spy the glossy black feathers and unmistakeable bright red beak of the Chough. Today is not my day. The wind is fierce, and nothing much is flying, appart from some gulls riding the thermals.

Trying not to feel too disappointed I focused my attention on the ground beneath my feet. The headland is covered in spongy grass and moss, which cushions my steps. Here and there prickles of gorse add height to the flora, whilst splashes of Purple heather add colour. 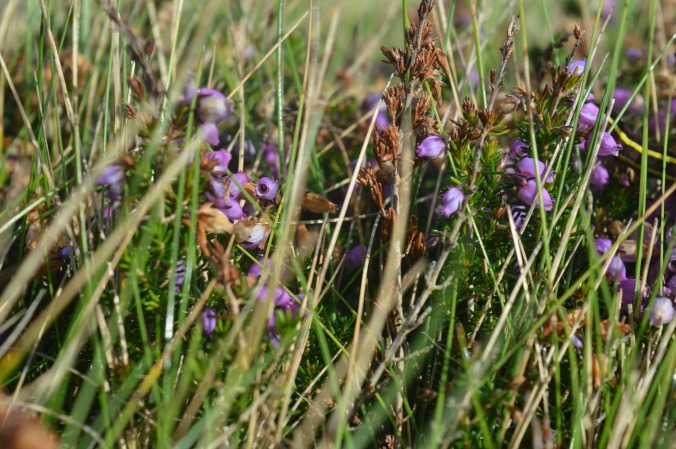 I knelt to get a better look, and notice a small black ground beetle scurrying and scrambling amongst the grass stems. 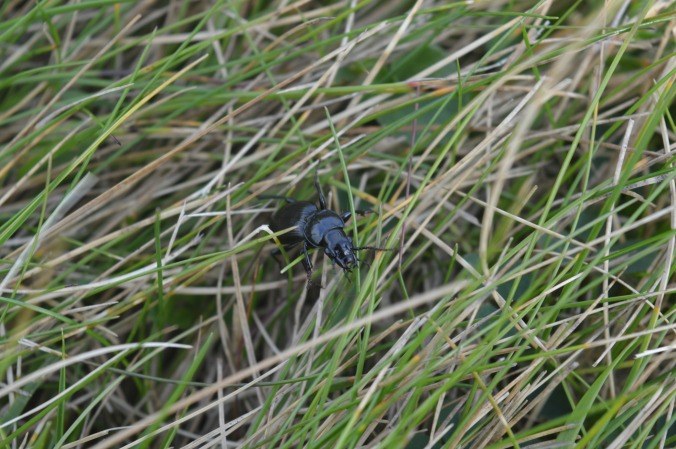 As I made my way back to the car something caught my ear. A shrill insistent ‘seep seep’ cuts across the sound of waves and wind, and a small flock of songbirds burst from  cover and rise above me, a flash of gold, red and green zipping through the air, before coming to land on a furze bush. Goldfinch? But they are too fast and too far away for me to tell for sure.

I reached the kissing gate and made my way past another group getting ready for the trip out to sea. They are kitted out in t shirts and thin field trousers, with backpacks full to burst with necessities for an island stay. I smiled, slightly pleased to not be the only one still clinging on to a summer wardrobe. The Chough hunt will have to recommence another day, as I had precisely 10 minutes to make the 20 minute return journey to nursery! 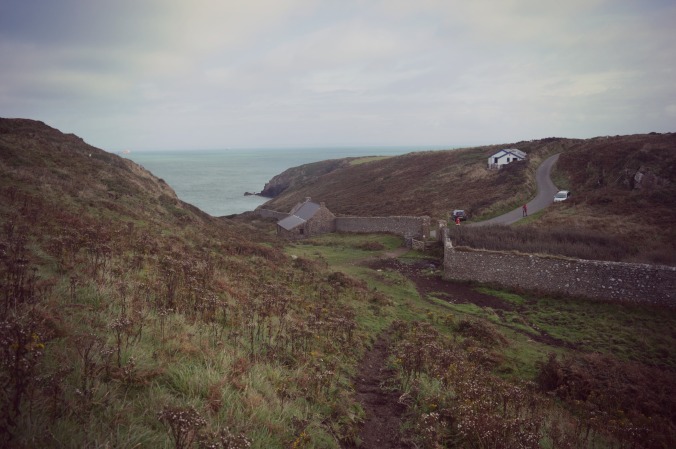 8 thoughts on “In search of Choughs”