Nobody likes me, everybody hates me, I’m going down the garden to eat worms….

Let’s get it straight from the start, I don’t condone the consumption of Earthworms. Well, not by humans anyway. I just like the catchy little song, an ‘earworm’ (sorry) from primary school. If you don’t know it, you should look it up. I remember singing it with glee one morning to my girls, only to look across the table to see F with a look of abject horror on his face.He didn’t seem share my enthusiasm to get our angelic (who am I kidding)  little girls joining in with a song about snacking on earthworms.

Anyway, I think wormeries are a quintessential part of childhood.C made one at nursery when she was about 18 months old, but it was a disaster. The poor worms lasted a few days, despite our best efforts. This time would be different. 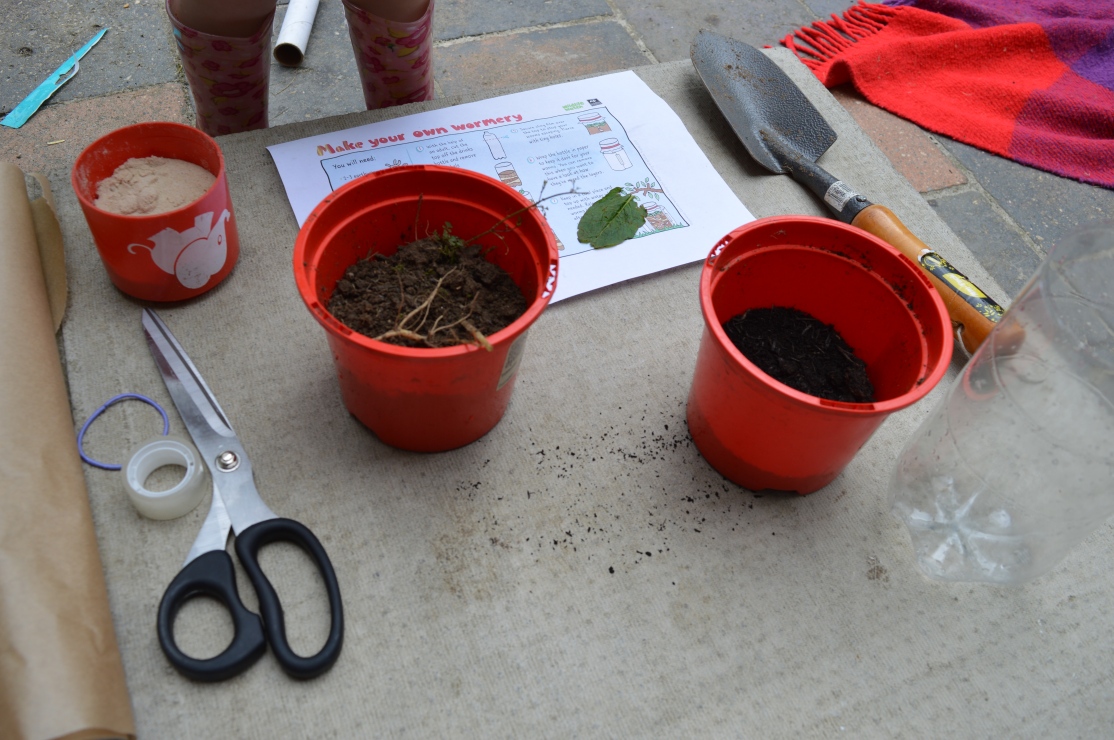 We followed the instructions from the Wildlife Trust, which worked really well. It was straight forward to make, and took about half an hour by the time we had assembled all the components. The worms, named Nigel and Steve by C, came from the log pile. We raided Granddad’s kitchen garden for some compost and the soil came from the meadow.

I used an empty lemonade bottle , which cost about 17p when full of very tasty fizzy drink. C completed all the other steps on her own, not bad for a two year old. JoJo liked watching the worms wriggle about on my palm, flipping themselves about before I popped them on top of the leaf layer.They quickly disappeared, making their way down into the depths of the wormery. 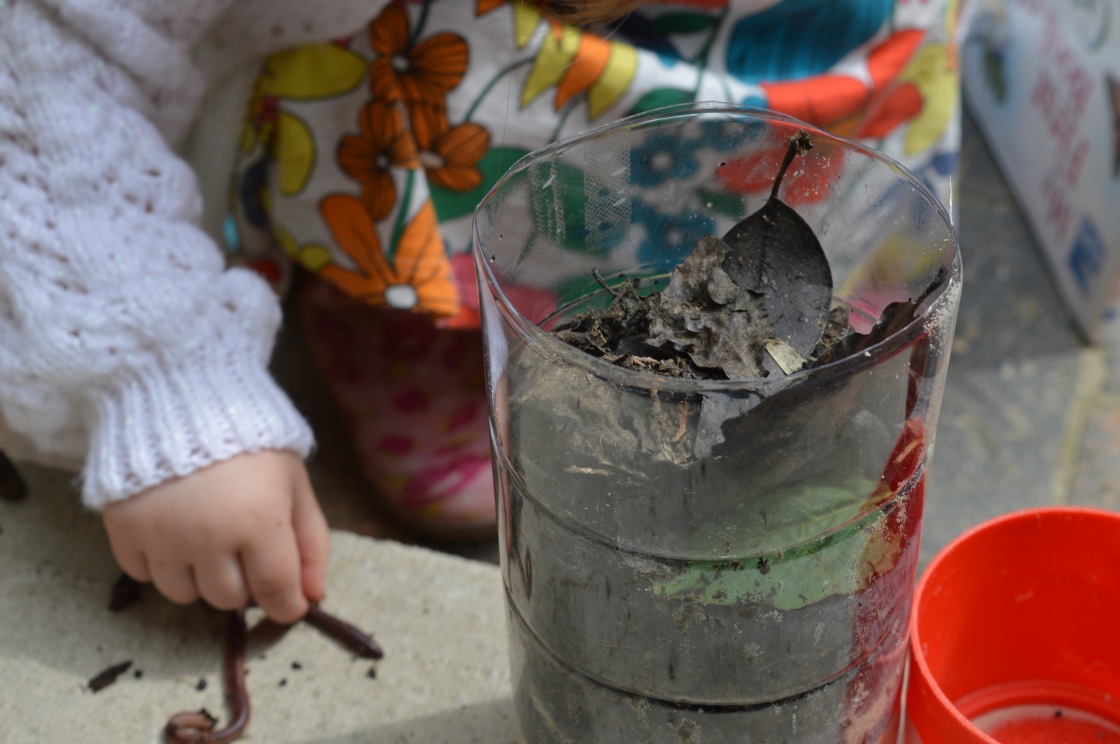 The wormery had pride of place in the new ‘nature’ corner of the kitchen. We’re looking forward to watching the distinct layers get churned together as the earthworms enjoy their temporary home.